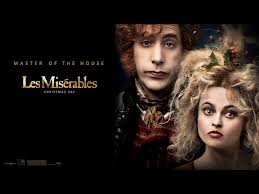 I must admit that I have successfully avoided viewing every performance of this production until now.With all the hype about the movie, I decided it was time I "did the deed" and watched it. I even owned a VHS copy of the version with Liam Neeson! I couldn't even get through half of that one. It is a most depressing story, and I think that is the reason I avoided it. That said, this production had some very impressive performances and aspects. But, it did drag in the middle. I got fatigued and forced myself not to nod off during these slow times, and tried not to focus on wishing we had gone to see The Hobbit instead. 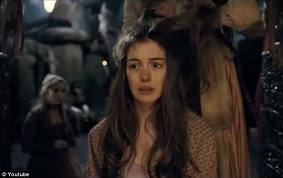 The standouts for me were Anne Hathaway as the tortured Fantine, a single mother forced into prostitution to pay for her daughter's care by others. This woman can do anything! Anne's voice is the strongest of the entire movie. It is impeccable, and her talent is unmatched. I have watched her grow as an actress over the years, and then venture into song and dance, but this performance deserves an award. When she sold her hair and cried her song, "I dreamed a dream," I felt her torment in my very soul. She is a great crier.

Hugh Jackman as Jean Valjean was also excellent. I have heard his voice sound better, but his performance was very strong and powerfully portrayed. Another tortured soul on the run, he was ruthlessly hunted for decades by the infamous defender of the law, Javert, well played by Russell Crowe. I have seen critics say that Crowe's singing prowess leaves much to be desired, but I thought he did a very good job. He carried a tune well, hit every note, and sang powerfully. He just didn't have the warble in his vibrato that everyone else did. But, I was impressed to say the least. 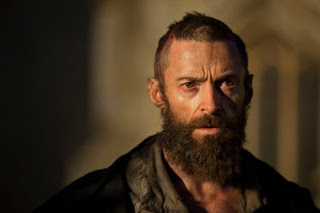 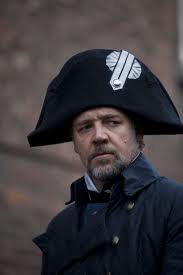 The makeup in this movie was just incredible. The misery portrayed by les pauvres in this film was totally believable. They were filthy, lived in filth, and I could almost smell the stench. It was really disgusting. The sets were fabulous. I hope this movie wins kudos of awards for makeup and sets alone. It was truly impressive. They transformed Valjean from a young man to an old man, very believably, although I didn't totally buy how old his character was purported to be by the look of him. Jackman is handsome no matter how dirty he gets or how old they try to make him. He's a total hotty. 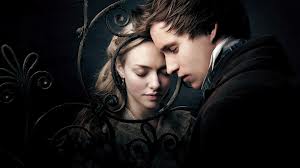 And who knew Amanda Seyfriend was such a high soprano! I loved the young Cosette, Fantine's daughter, played by Isabelle Allen. She was so talented, and what a voice! Amanda's performance as the grown Cosette was very sweet, as Amanda's roles often are. But, her voice is just exceptional. It truly shines in this performance like it never had occasion to do in Mama Mia.

But, the total standouts for me in this film were Helena Bonham Carter as Madame ThÉnardier and Sacha Baron Cohen as ThÉnardier. A worse couple of ne'er do wells I have never seen. They were just despicable! I loved them, and found myself routing for their horrible antics until the end when they were literally thrown out after being caught crashing Cosette's wedding to Marius, exceptionally played by Eddie Redmayne: another very strong voice. 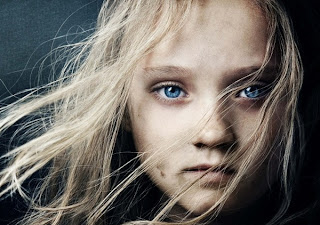 The cast in this movie was wonderful. The acting was very moving, and everyone cried so believably. I felt all their pain and torment. The final "big finish" did also not disappoint. I just love big finish numbers in a musical. Speaking of watching musicals: they take getting used to the rhythm. I remembered this as I got tired of it and had trouble with actors singing every line of dialog, just about. But, I remembered this problem from watching the myriad of musicals in my youth. I just loved them, but they took a little while to get used to. So does this movie. In the end, I loved it. It was a bit long, but it moved me and I teared up in a couple of places. I hope it does well at the Golden Globes and the Oscars. "Hear, hear!"

Posted by Kathy Crowley-Gardner at 9:04 PM No comments:

I stopped making new New Year's resolutions. Instead, I have maintained the same one for several years: "I resolve to continue to be healthy and happy." This resolution is broad, I know, but remains apropos nonetheless. Yes, I want to lose another twenty pounds, and I also want to increase my activity level a bit, but those specifics put too much pressure on me. I prefer to remain general, yet resolute.

On New Year's Day morning, I walked to the glider on our dock in SC. It was a lovely, albeit gray morning with mild temperatures. I was dressed in my pajamas and wool shawl, which seemed to be enough warmth. The air was slightly crisp but humid with impending rain showers predicted. The water was like glass, and I could hear birds calling through the pines. The only disturbance was the intermittent gunshot from hunters in the distance. It was peaceful on the lake. 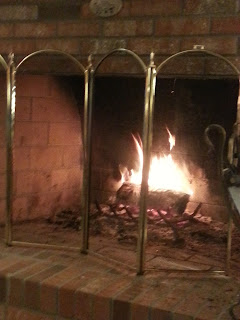 I breathed deeply, closed my eyes and prayed. Thanking God for all my blessings: my wonderful family, our dawgs, and our good health, along with the myriad of other blessings we enjoy and are extremely grateful for, I also asked for courage and guidance. I can't always find the courage to be who I Am, so I asked for it. I also asked for loving, patient, tolerant and wise words and thoughts to be given me before I take any and all actions. As a spiritual being, it is very important to me that I act, say and do as much as I can to assist the "Keepers of the Light" in this world. During the "dark times", rays of light are even more important to maintain for our human family. I ask to be guided as one of those, whose mission in this life is to keep Joy and Happiness alive.

When life causes us to be consumed by the various "lacks" we experience: lack of money or time, I ask for everything I need, so that I can help others to shift their focus to having fun and allowing more time for that. "Be like the little children..." I believe in the importance of keeping our "inner child" alive and well in every moment of every day until the end. Life will always present challenges, but remaining focused on innocence in adulthood remains the greatest challenge. Playing with childlike abandon is also of utmost importance in trying times. We must remember to not allow "dark forces" to consume us. Love always wins. 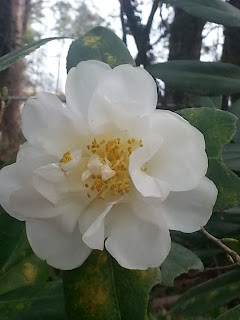 Happy New Year! Next time it snows, lay down and make a "snow angel". Next time it rains, walk through a puddle, not around it. Look fear in the eye and say, "Poo on you!" I "double dog" dare ya.
Posted by Kathy Crowley-Gardner at 9:02 AM No comments: